Fortified Flour to Improve Iron and Vitamin A Status and iCheck 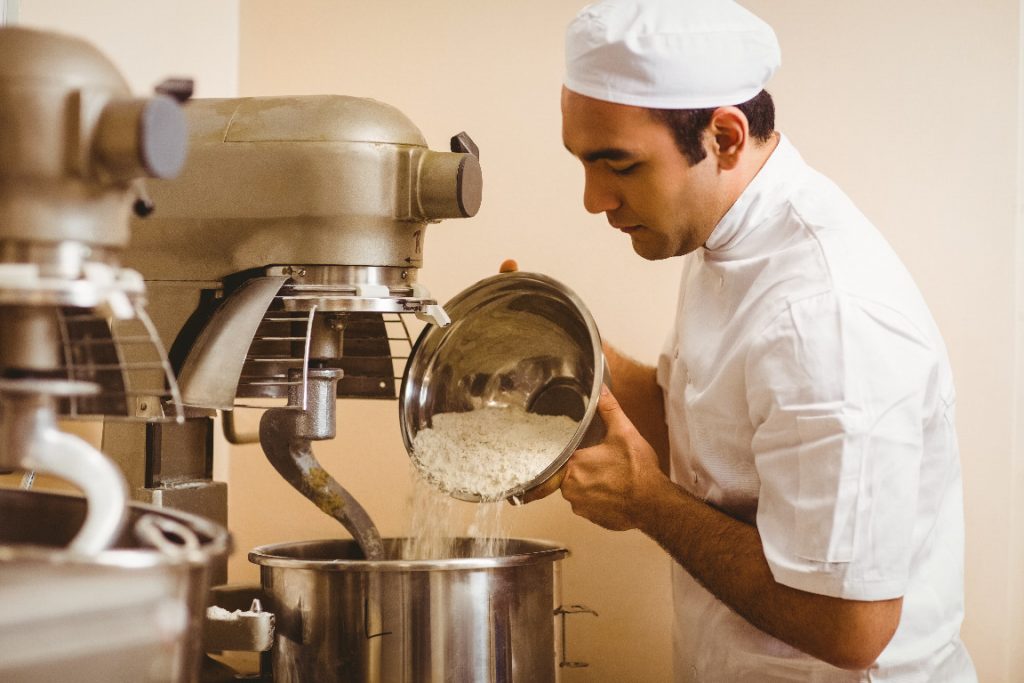 Wheat, maize, and rice are the most widely consumed grains around the world, present in about 95% of all diets. However, modern processing of these grains removes most of the bran and germ, the parts of the grains that are naturally rich in vitamins and minerals. People that rely on industrially processed wheat and maize flours, or polished rice to supply the majority of their daily energy needs are therefore at at a greater risk of developing micronutrient deficiencies.

Large-Scale Food Fortification (LSFF) is the addition of vitamins and minerals (e.g. , iron, zinc, folic acid, vitamin A, and vitamin D) to staple foods such as wheat or maize flour, edible oils and fats, salt, sugar, and rice. LSFF is considered to be one of the most cost-effective public health interventions to increase the consumption of critical vitamins and minerals. Today cereal grains and flours are consumed at an average quantity of 200 grams/person/day, making these a suitable a suitable vehicle in many countries to deliver important micronutrients at the population level. 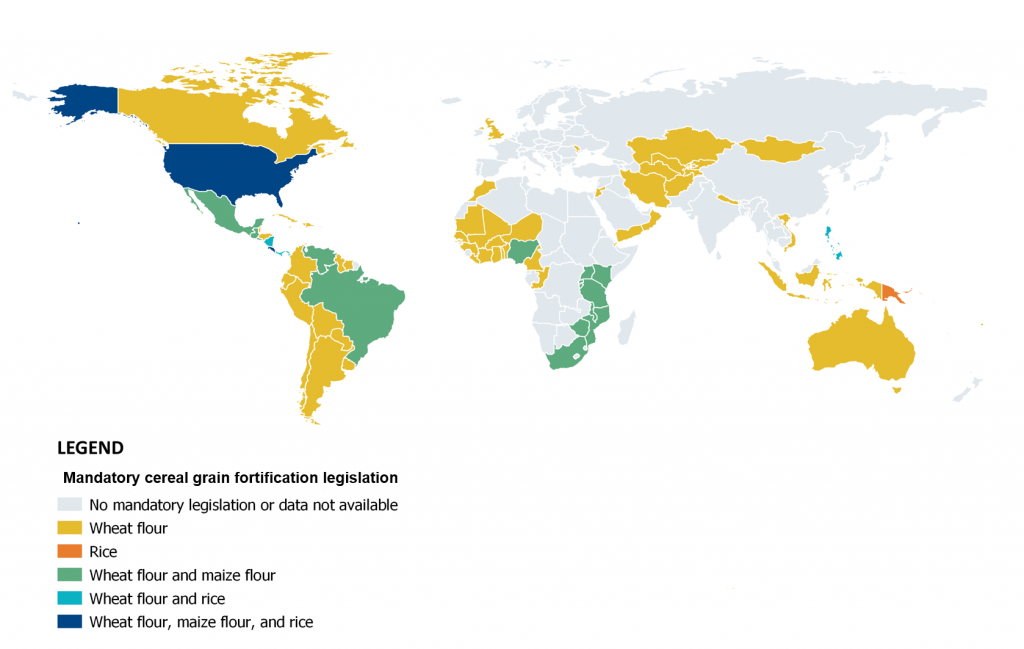 Vitamin and mineral premix for flour fortification costs an average of US $4 per metric ton of flour for large-scale producers, which equals around US $0.05-0.07 per person per year. The process of mixing in additives during flour production is well known to flour millers, since adding flour improvers is a common practice. Consequently, the addition of micronutrients to the production process carries a negligible cost once the equipment for fortification put in place at a flour mill.

Furthermore, the benefits of fortifying flour with micronutrients far outweighs the cost of fortification. For every dollar spent on flour fortification, US $84 is saved through reduction of anemia, a condition affecting one in three people globally. Sustained flour fortification has also been associated with a 2.4% reduction in anemia prevalence among non-pregnant women of  childbearing age, and an increase in serum retinol in populations from 0.94 to 1.06 μmol/L.

One of the most visible effects of flour fortification is the reduction of neural tube defects in new born babies, which is caused by inadequate folic acid stores. After Chile mandated flour fortification with folic acid in 2000, hospitals recorded a steady decrease in neural tube defects from 18.6 per ten thousand births in 1999 to 8.39 per ten thousand in 2009.

iCheck Measures Iron and Vitamin A in Flour Samples

To ensure that vital micronutrients, like iron and vitamin A, are added at the right concentrations in fortified flours, rapid portable analysis methods are necessary. You can use iCheck Iron to measure the iron content, and iCheck Fluoro to measure vitamin A in your fortified flour samples. Here at BioAnalyt, we have compared results with iCheck to those of standards methods to ensure the reliability and accuracy of measurements.  There is a good correlation between iCheck and conventional laboratory methods like HPLC, AAS and ICP-MS. This shows that iCheck can perform similarly, while still providing results easier, faster, and at 10% the cost of conventional lab methods.

Download our fortified flour application paper here to learn more. The BioAnalyt team remains on stand-by to answer your technical questions, provide product support, or assist you with ordering iChecks and test kits. Contact us today!