Learn About Your Vitamins and Minerals: Vitamin E and Selenium 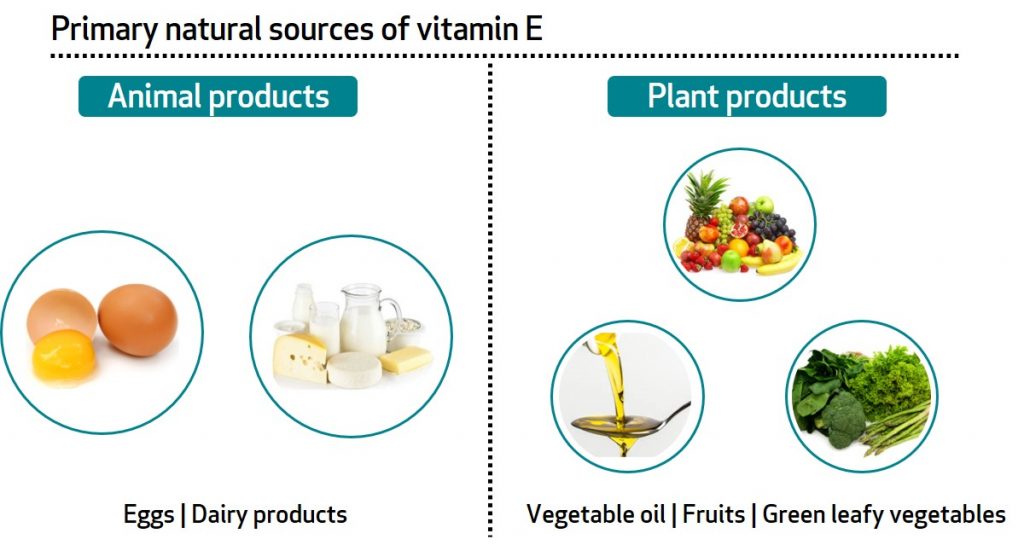 Vitamin E is a collective name given to a group of fat-soluble compounds called tocopherols. The most active form of vitamin E is alpha (α) – tocopherol which acts as an antioxidant. Antioxidants protect the cells of the body from the damaging effects of free radicals by stopping the chain reaction that produces more free radicals. Free radicals are unstable, reactive substances formed in the human body during the conversion of food to energy. They have the ability to donate electrons to other molecules in a cell via a process called oxidation, which is damaging to the cell. Vitamin E protects components of cell membranes, such as polyunsaturated fatty acids (PUFA), proteins as well as DNA from oxidation by these free radicals. This property of vitamin E reduces inflammation, improves the integrity of our cells and consequently helps us fight against infections. Vitamin E is also involved in the expression of enzymes which improve blood flow and inhibit the blockage of blood vessels. 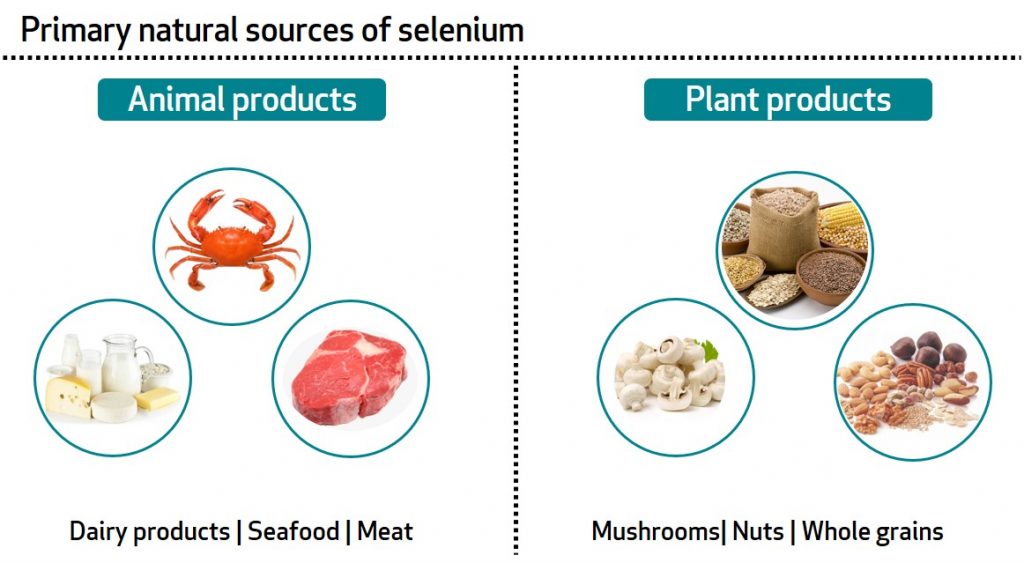 Selenium is a trace element and an antioxidant. It protects the body from oxidative stress which is a natural by-product of the body’s metabolism. Selenium regulates thyroid hormones and works together with vitamin E to reduce free radicals generated in the cell. Selenium, similar to vitamin E, helps in cellular functions by protecting cell membranes, proteins, and DNA from oxidation consequently keeping inflammation in check. This mineral also improves immune response to infections, as it has been observed to slow down changes in virus RNA during its replication.

Sources of Selenium. Selenium is a mineral found in the soil; hence the selenium content of food is variable and dependent on location and soil conditions. In spite of this, good natural plant sources of selenium include whole grains, mushrooms, fruits and vegetables. Primary animal sources of selenium are seafood, meat, poultry and dairy products. Animal food sources of selenium are more reliable because the mineral is required by animals and thus are typically added to their feed.

Selenium Deficiency and Prevention. Selenium deficiency is more likely to be prevalent in a community as a whole, rather than just isolated cases. Low selenium levels have been associated with depressed mood, anxiety, confusion, and muscle weakness. Selenium deficiencies have also been found to be associated with endemic diseases such as Keshan and Kashin-Beck diseases in some parts of Russia and China. Vegans may be at risk for low selenium intakes when they consume foods grown in low-selenium soil. Selenium deficiencies can be prevented by consuming foods rich in selenium and supplements.

Next in this series, we discuss vitamin C and zinc.