Iron deficiency is the most common nutrient deficiency

Iron deficiency is the most common cause of anemia and most widespread nutritional disorder, affecting about 1.6 billion people globally, predominantly preschool children and pregnant women. Almost 1 million deaths annually can be attributed to iron deficiency according to the World Health Organization. Public health programs implemented to reduce the burden of iron deficiency and anemia include iron supplementation, iron fortification and bio-fortification. Food fortification of commonly consumed foods and beverages with bioavailable iron is the most cost-effective intervention.

If foods naturally contain iron, why is it added?

Both foods of plant and animal origin naturally contain iron, commonly referred to as intrinsic iron. The bioavailability, how efficiently the nutrient can be absorbed by the body, depends on the source of intrinsic iron. Heme iron of animal origin is the most bioavailable, while iron in foods of plant origin that are high in phytate (legumes and cereals) or phenolic compounds (tea, coffee, millet, sorghum) is of low bioavailability. Phytate and phenolic compounds form a bond with minerals, thus preventing them from being absorbed by the body.

Fortification of staple foods with iron

The common forms of added iron include electrolytic, ferric pyrophosphate, ferrous fumarate, ferrous sulfate, and NaFeEDTA. The latter is most bioavailable, least affected by phytate and soluble in water. Many countries are changing regulations to include NaFeEDTA in the flour fortification standard, however it is also the most costly of the iron forms and requires close monitoring to ensure that adequate levels are being added.

Most analytical methods do not differentiate between added or intrinsic iron

Quantitative methods to measure iron are time-intensive and expensive. These methods are atomic absorption spectroscopy (AAS), inductively coupled plasma optical emission (ICP-OES) or mass spectroscopy (ICP-MS), and spectrophotometric  methods with chromogens. These methods do not differentiate between intrinsic and added iron and measure total iron present in the sample. Qualitative colorimetric methods, such as the iron spot test, only indicate the presence or absence of added iron, not the concentration.

iCheck Iron presents a solution for monitoring in field

iCheck Iron, an innovative field method, is an alternative enabling fast and cheap quantitative mineral analysis that is no longer bound to a lab. How? iCheck Iron is a portable photometer that comes with a ready to use reagent mix for colorimetric determination of iron. Ferrous sulfate, ferrous fumarate, NaFeEDTA and intrinsic iron can all be analyzed with iCheck Iron*.

Iron EDTA: Speeding up measurement time from hours to minutes 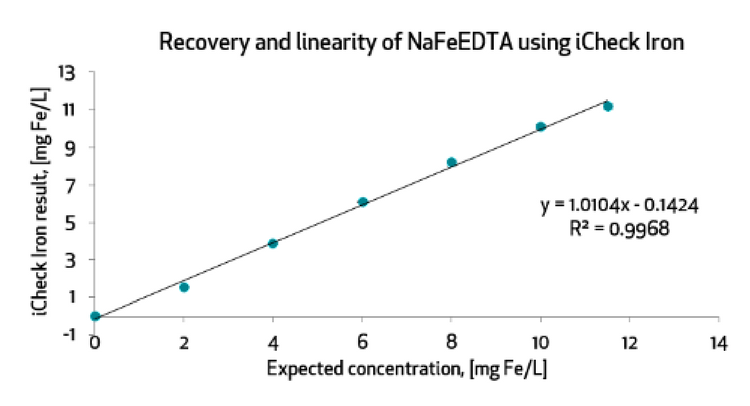 BioAnalyt together with AkzoNobel, a manufacturer of NaFeEDTA (Ferrazone®), who initially validated iCheck Iron for NaFeEDTA, are further developing iCheck Iron method to speed up the reaction time to minutes instead of hours. A fast and economic measurement method that enables the distinctions between intrinsic and added iron is necessary for effective monitoring of the fortification process to ensure compliance and deliver the intended health impact! 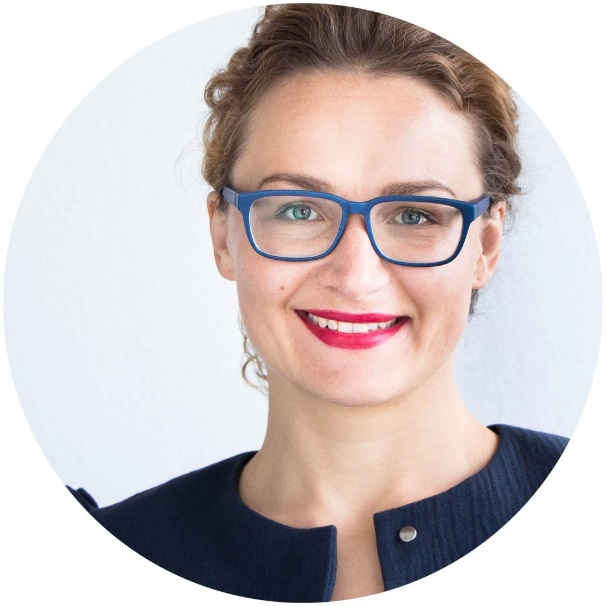 Dr. Anna Zhenchuk is the Managing Director at BioAnalyt, where she has overseen new product development and provided hands-on support to customers in over 30 countries. Her background is in biotechnology, immunology and nutrition as well as business administration.