Learn About Your Vitamins and Minerals: Vitamins B2 and K 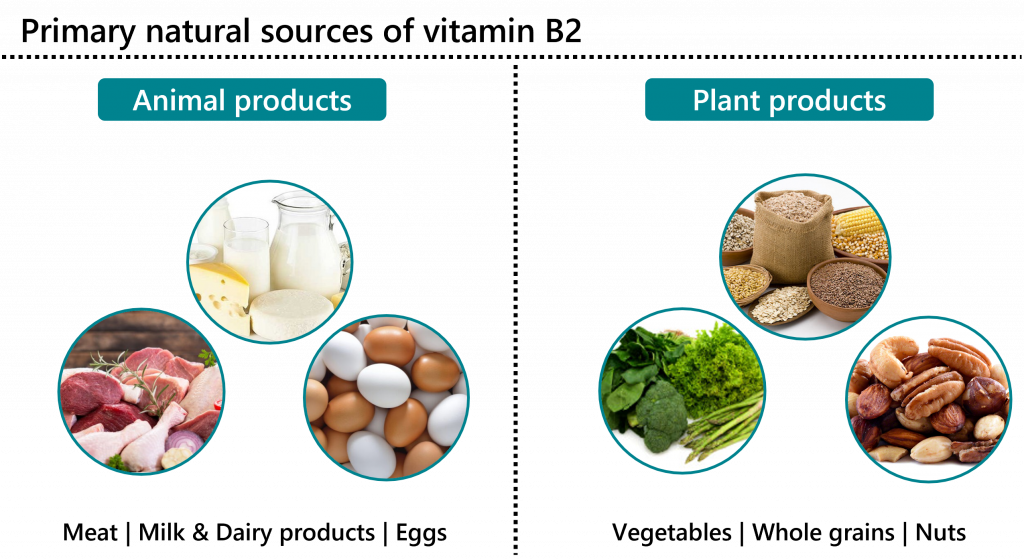 Like all B vitamins, B2 is water-soluble which means our bodies do not store them. This vitamin, also known as riboflavin, is needed to form coenzymes, that are essential in accessing the energy from carbohydrates, lipids, and proteins we use for fuel. These coenzymes enable the donation of the hydrogen molecules necessary for the energy to then be released.

Vitamin B2 also aids in our system’s ability to break down everything from fats and steroids, to even the medications we use. In addition, it is vital for proper cellular function, growth, and development. While regulating growth and reproduction, B2 is essential for vision health, and it converts vitamins B6, folic acid, and niacin into active coenzymes.

Sources of vitamin B2. Vitamin B2 is present in meat, eggs, milk, dairy products, nuts, whole grains, and green leafy vegetables. The richest natural source of vitamin B2 is brewer’s yeast. Bacteria in our gut also produce small amounts of vitamin B2. Dietary vitamin B2 is absorbed in the small intestines and is used up almost immediately. Excess vitamin B2 is excreted in urine and may cause the urine to become bright yellow.

Heat and exposure to light affect vitamin B2. For example, when exposed to too much light, B2 is converted into an inactive form rendering it unusable for the body. Also, the milling process could reduce the levels of B2 in cereal grains.

Vitamin B2 Deficiency and Prevention. Vitamin B2 is relatively uncommon in most healthy individuals. However, those with cardiovascular diseases, cancer, and diabetes could be at risk of being deficient. Those also at risk are people who generally don’t consume enough milk products such as pregnant women, vegans, and vegetarians.  Those suffering from a rare genetic illness called Riboflavin Transporter Deficiency are also at risk. Typically, a vitamin B2 deficiency will most often occur in conjunction with other B vitamin deficiencies such as B6 and B3. 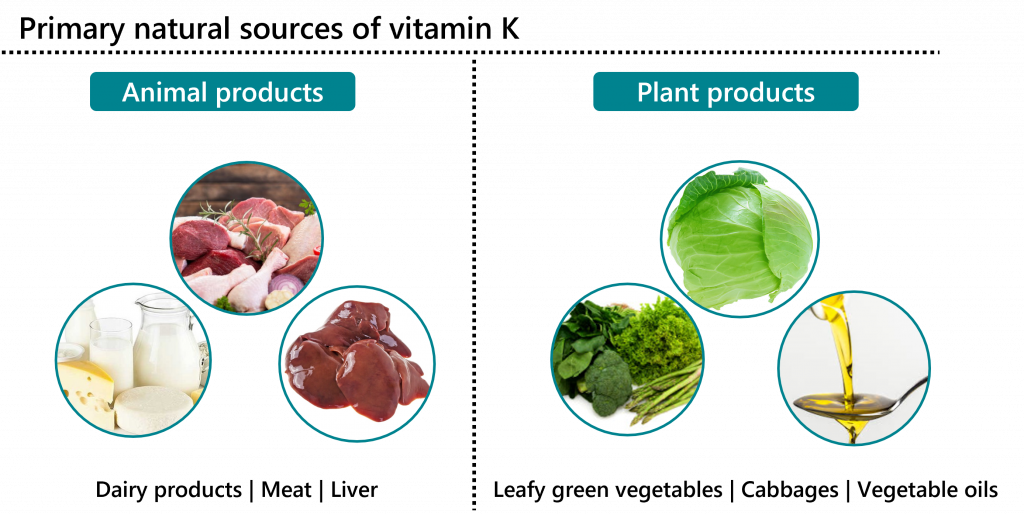 Vitamin K, also known as “the blood-clotting vitamin,” is a fat-soluble vitamin essential to life. It is responsible for the activation of different blood proteins and the mineral calcium involved in blood clotting. Vitamin K is also vital to produce proteins in the bone, including osteocalcin, which is necessary to prevent weak bones. Higher vitamin K consumption is associated with a lower incidence of hip injuries and low bone density. Vitamin K is also essential in heart health. It produces proteins called matrix Gla proteins (MGP), which are associated with preventing the hardening of heart arteries.

Sources of vitamin K. Vitamin K has two forms, phylloquinone, and menaquinones. Phylloquinone (K1) which can be found in plant foods, and Menaquinones (K2) that is found in both animal and fermented foods. Gut bacteria can also produce them in the human body.

Sources of phylloquinone are green leafy vegetables (e.g., spinach, broccoli, kale, Brussels sprouts, cabbage, and lettuce), soybean, and canola oil. Sources of menaquinones include cheese, fermented soybeans (Natto), meat, dairy products, and eggs. It is recommended to consume vitamin K foods with some fat to improve absorption of the vitamin in the gut.

Next in this series, we discuss choline.