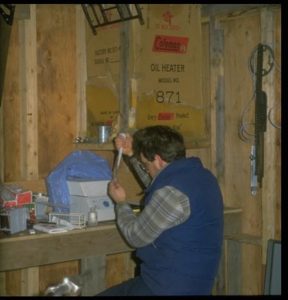 Sampling in the harsh cold arctic of Canada

Prof. Florian Schweigert founded BioAnalyt in 1999 as a spin-off of the University of Potsdam in Germany. Born in Munich, the beautiful capital of Bavaria in southern Germany, Prof. Schweigert trained in veterinary medicine at the University of Munich and then was a research fellow in medicine at Harvard Medical School, Boston. As a young researcher, he spent many of his days studying vitamin A metabolism in grey seals on the shores of the harsh Canadian arctic seas. Little did he know that this will be the building blocks to his development of solutions to make laboratory testing easier, even in harsher environments with little equipment.

Some years later, Prof. Schweigert and his team were faced with a challenge during vitamin A study in children in Laos – How can they move the samples from point A to point B for laboratory analysis without compromising on the integrity of the samples? Prof. Schweigert realized that the answer was not in improving the steps of the whole sample analysis process but in finding a solution that would change micronutrient testing completely – The sample must not be transported to the laboratory, but the laboratory must be brought to the sample. Behold the birth of BioAnalyt! 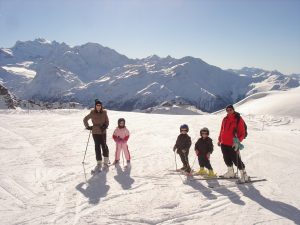 When Prof. Schweigert is not at the University of Potsdam nor at BioAnalyt, he enjoys spending time with his wife and four kids traveling. Did you know that Prof. Schweigert is an ardent lover of the Arts too? Into whatever city he and his family travel, he loves to visit the museums and sometimes attends a local opera or concert where possible. Having grown up in the mountainous region of Bavaria, Prof. Schweigert likes to ski and tries to go skiing once every year.