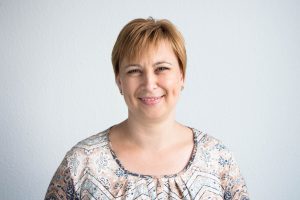 Tünde Horvath was born in the former Yugoslavia, in a small village called Feketić, located in the north of what is now Serbia. 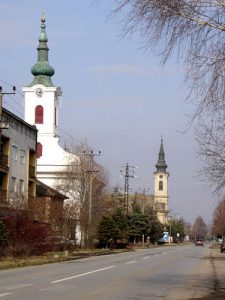 Between 1991 and 1999 Yugoslavia was ravaged by war. Sadly, Tünde spent her youth watching her country of birth collapse. Despite such difficult times, she successfully completed her studies as a Pharmaceutical Technical Assistant. After graduating, she worked for five years at a pharmacy in her hometown. Tünde always wanted to do something good for people, and this job at the pharmacy granted her this satisfaction.

Due to the war, life became tougher by the day. The last battle of the war was Operation Allied Force, a NATO-led air-bombing operation against Yugoslavia. It was at that time that she emigrated to Hungary. Tünde and her relatives had Hungarian nationality, which made the move fairly easy.

Tünde chose to move to Budapest, the capital of Hungary. Unfortunately, she could not find work in the pharmaceutical field because her degree from Yugoslavia was not recognized in Hungary. Therefore, she had to adapt and went to work for an IT company. She met her future husband there, and today they have two daughters, aged 10 and 13. 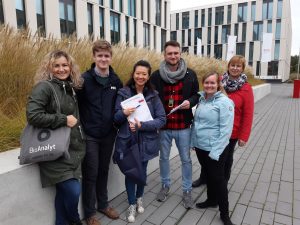 Tünde, during a team event in Potsdam, Germany

In 2013, Tünde got an opportunity to move to Germany. After the initial challenges of finding a home and learning the German language, all turned out very well. She found BioAnalyt and BioAnalyt found her! 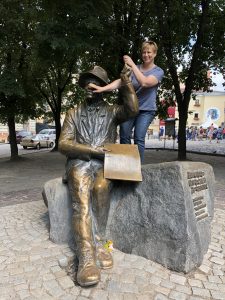 Tünde in Lviv, Ukraine, during BioAnalyt’s team-building trip in 2018

At BioAnalyt, Tünde works in both the Product Development and Production teams. She works to produce iCheck devices and Test Kits with reagent vials. She learned everything from the bottom up and now is an invaluable member of the BioAnalyt team. Tünde really enjoys working at BioAnalyt because she feels it is a caring and great team, and because she believes in BioAnalyt’s mission.

Tünde spends most of her free time with her family. She says that children are a big responsibility, but they are also a lot of fun. Her daughters are at the age when they need her to be there for them, but it won’t always be like that, so she tries to take full advantage of the time spent with them now! She likes to play board games or card games with her family and go outdoors on the weekends for bike rides, walks, and picnics. One thing Tünde secretly loves is puzzles!