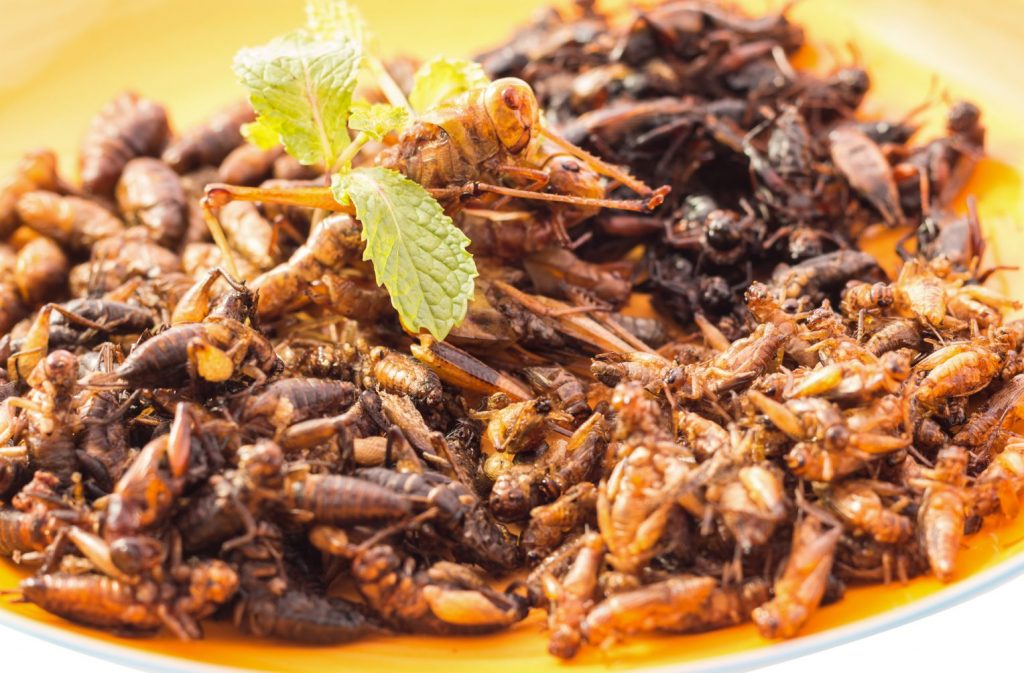 Population growth, urbanization, and prosperity will lead to global demand for food in general and animal protein in the coming decades. And now, after all the challenges regarding food security, especially for the global south, World Health Organization warned that the war in Ukraine could commence an “extremely serious” global food crisis. This topic grows urgently every day. Russia and Ukraine exported in total 25.4% of the world’s wheat, and Africa imports about half of this wheat supply. All food exportation has stopped in Ukraine, and the war will stop food production this year. Independent of these developments is the estimation that the global demand for animal protein will increase by 75% in the next four decades. The increased demand poses significant challenges to developing and industrialized countries and makes searching for alternative protein sources imperative.
Due to their high content of high-quality proteins, edible insects can significantly contribute to global food security. In addition, they are rich in vitamins, minerals, and /or fats and thus represent a nutrient-rich alternative to conventional animal protein sources. Therefore, a vital requirement of the Food and Agriculture Organization of the United Nations (FAO) is to address these challenges from a nutritional, economic, and environmental perspective. Furthermore, while insects are currently collected primarily opportunistically, their rapid reproductive rate and relatively simple living conditions have the potential to transform farming into a controlled and sustainable economic production. In insect farming, greenhouse gas emissions are lower, there is a good feed conversion efficiency, and needs smaller production areas than conventional animal husbandries, such as pigs and cattle. These advantages emphasize insect farming as a food source with low environmental impact. Another interesting, ecological, aspect, is the possibility of using the waste stream, such as food scraps. This means that a sustainable closed-loop system with a favorable environmental balance is, in principle, possible.
Entomophagy, the consumption of insects by humans, has been known for thousands of years. Especially in Asia, Africa, and Latin America, more than 1900 different insect species, including beetles, caterpillars, bees, wasps, and ants, are eaten by about two billion people. Insects are an essential supplement to carbohydrate-rich but protein-poor staple foods such as rice, cereals, potatoes, and cassava, especially in developing countries. What is part of the normal diet for about 1/3 of the world’s population in Asia and Africa is mostly considered a food taboo for Europe and the USA due to existing aversions. However, the application of insect meal in food offers an opportunity to increase consumer acceptance. In addition, insects can be used in the feed industry, such as aquaculture and poultry production.

The use of insects has multiple advantages for securing the protein and nutrient supply of the future. In addition to the ecological benefits already described, from a nutritional and medical point of view, there is the comparatively high nutritional value and the low risk of transmission of zoonoses, and from an economic point of view, there is the possibility to create sustainable world chains around the new food sources.
Contributor: Professor Florian J. Schweigert