Double Fortified Salt – iCheck can measure both iron and iodine 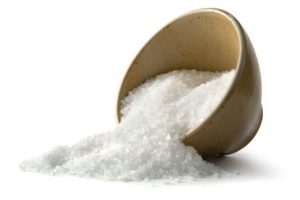 More than a third of the global population are affected by iodine and iron deficiencies, and this poses a serious public health risk. For decades salt has been successfully fortified with iodine in many countries worldwide. Salt is an ideal food matrix for fortification efforts because it is cheap and widely consumed in areas where micronutrient deficiencies are prevalent.

Double-fortified salt (DFS) is salt which has been fortified with both iodine and iron. DFS is usually fortified with potassium iodide or potassium iodate (for iodine) and with ferrous sulfate, ferrous fumarate, ferric pyrophosphate or sodium ferric EDTA (for iron). Iodine and iron deficiencies can be inexpensively prevented or reduced through the dietary intake of DFS. However, ferrous compounds may react with iodate and this could result in the loss of iodine and the oxidation of ferrous iron to ferric form:

The interaction between iron and iodine is reduced or eliminated through encapsulation of the iron. Various studies have been conducted on the stability, acceptability and bioavailability of the different forms of iodine and iron used in the formulation of DFS. These studies revealed that a combination between potassium iodate and ferrous fumarate was more stable under storage conditions, had better bioavailability, and was more acceptable to consumers.

One of the ways to determine the success of fortification efforts is through measurements of the micronutrients in food and bodily fluids. Iodometric titration is the most common method of analyzing iodine, whereas atomic absorption spectrometry (AAS) is widely used for iron analysis in food and biological samples. In recent times the inductively-coupled plasma mass spectrometry (ICP-MS) has been used for the analyses of both iodine and iron. However, these standard methods are usually expensive, use dangerous chemicals, require skilled personnel, and are not field-friendly. iCheck Iodine and iCheck Iron are rapid, inexpensive, portable and field-friendly devices that are developed by BioAnalyt GmbH (Teltow, Germany) for the measurements of iodine and iron respectively in food. Two different samples of DFS were measured for their iodine and iron contents using the iCheck Iodine and iCheck Iron devices respectively.

Measurement of iodine in the DFS using iCheck Iodine gave a recovery of 93% ± 5% when compared to measurements from the ICP-MS. Iron content in the DFS was measured using iCheck Iron device. The recovery of iron in the sample was 70% ± 30% when compared to results from ICP-MS. The relatively lower recoveries of iron were as a result of the heterogeneity of ferrous fumarate in the sample, as well as its poor solubility even in 0.2M HCl. This means that a larger sample size must be taken during the iron measurements and one must ensure that most of the ferrous fumarate is dissolved before measurements are done.